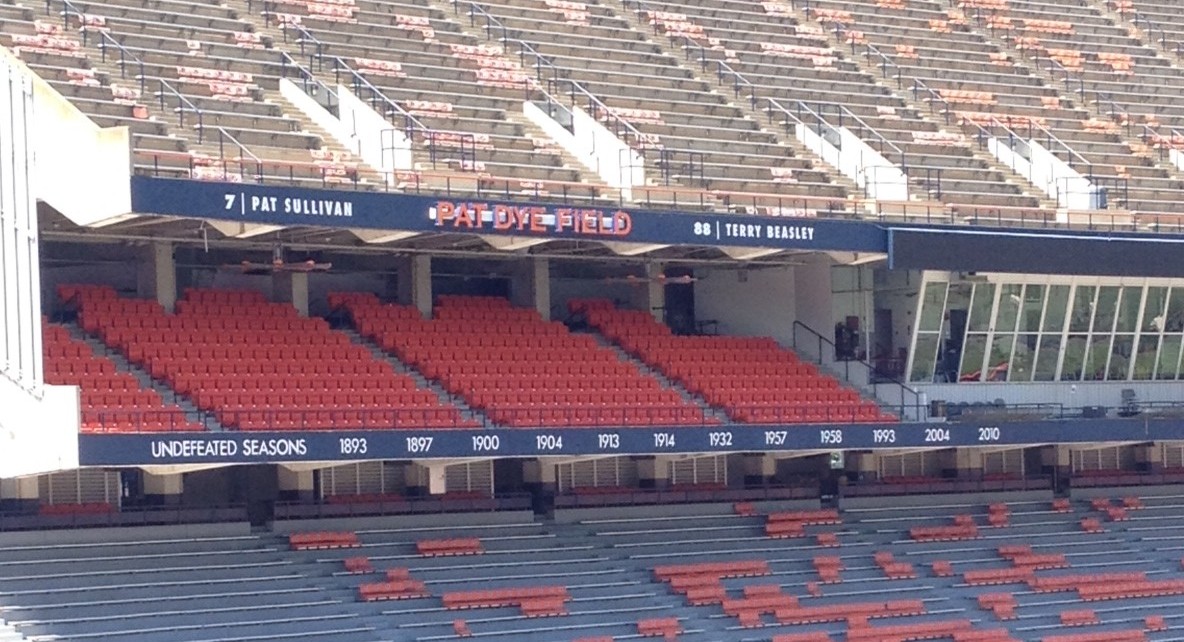 Some other changes/additions are the blue facia added to edge of both decks. It really makes the signage POP! Retired numbers have been moved up to the upper deck to make room for the new undefeated seasons. SEC Championships have been added on the other end as well. National Championships are in the middle as they should be. Nice job Auburn. Top notch. 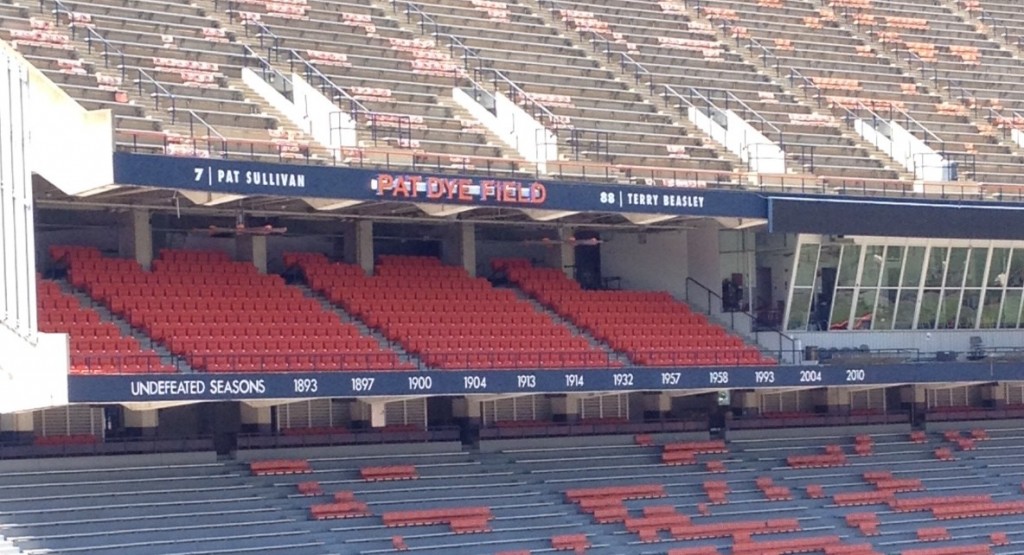 ESPN Going All Out with “BCS Megacast”

Are ALL National Championships (a la’ Michael Skotnicki) in the center, yet?
They certainly should be so listed! WDE!!!