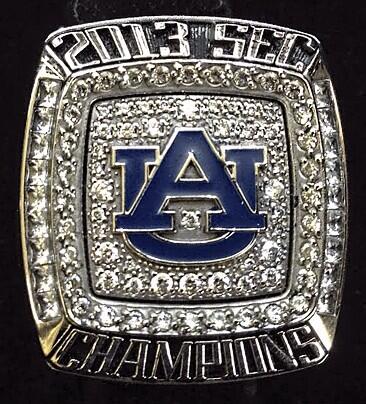 Due to the way the 2013-14 football season ended, it’s sometimes easy to forget that Auburn actually won the the championship of the best league in the land. When you win championships of that caliber, you get rings. And that’s what is happening this weekend at everybody’s favorite event, A-Day.

Today, the person who runs Gus Malzahn’s tweeted out the picture below. The ring is a tad on the plain side, but given the gaudiness of championship rings lately, it’s nice. I’m saying that is if there aren’t 500 small diamonds on this thing.

The Cover of the 2016 Auburn Media Guide