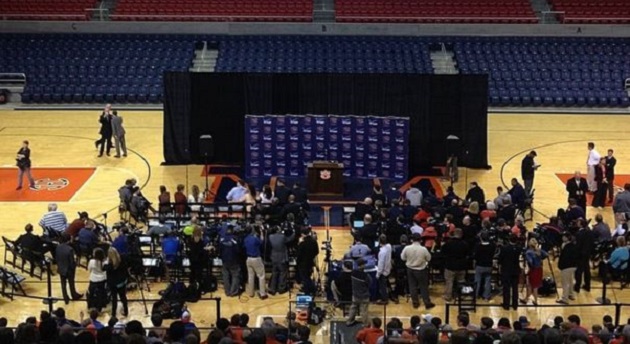 Bruce Pearl’s first press conference was a little bit different than most. On top of the usual suspects in the media section, there also happened to be about as many fans as the last few home basketball games from this season. I’d say at least 2500.

Auburn has provided the video below of the entire thing. If you’re like me, you will be giddy and grinning throughout the entire thing. I have never been this excited about an Auburn coach at his hiring. Yes, I love Malzahn with every ounce of my being, but this was a different and surprising love.

After the presser, he was sung happy birthday by former center ADT and forced to cut his own cake while he took questions from a few fans that hung around.

Patrick Miller Does No Hat Swap, Just Enrolls at Auburn