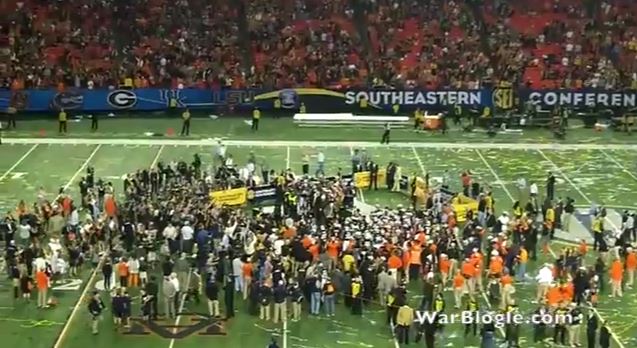 This past weekend, @BeautifulBlogle and I took on Atlanta to watch Auburn beat Missouri in the 2013 SEC Championship Game. The trip included a Jason Isbell concert, people-watching outside the Georgia Dome, SEC Fanfare, the game, watching Michigan State beat Ohio State and Auburn fans go crazy in a downtown Atlanta Embassy Suites, and the trip home with a drive by Toomer’s Corner. I had a camera for all of it and trimmed it down as best I could. Here is that footage.

War Eagle Blogle!!!! Hope to see you in Pasadena!! Got my plane tickets yesterday! Waiting for ticket sales tomorrow!!! I live in SLC so not very far for me :) WDE!!!!!

Based on your camera angle I had to be not too far on your right.

I may have enjoyed this one even more than your 2010 video.

Try visiting 3single dot com. There you can talk to amateur women who look like your neighbor. Have fun :)