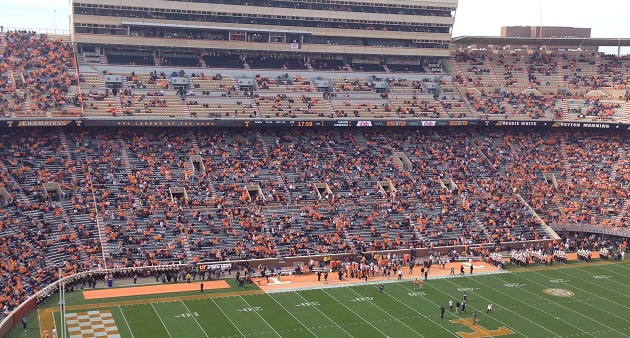 This past weekend, I took @BabyBlogle to Knoxville to watch the Auburn Tigers beat the Tennessee Volunteers. It was a boys trip. No girls and no babies. That held true until we watched Tennessee play football. Heyooo.

There was much driving, much music, much football, and much Mr. Gatti’s. Here is the video evidence. Even three of the four Malzhans made an appearance.

Best part is BabyBlogle going ham on the guitar

The part of the stadium that looks like a haunted house reminds me of the queue decorations for the Batman ride at Six Flags… keyword: ‘Decorations’.