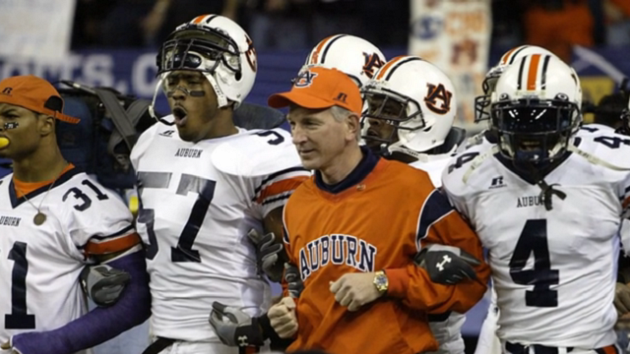 Mayo Sowell played linebacker for the 2004 undefeated Auburn Tigers. He was picked up by the Buffalo Bills, but was later cut. Sowell then fell on hard times selling drugs and being sent to prison, but has made his way back up in a great story of redemption. He shared that story at Church of the Highlands in Birmingham last night.

Mayo how are you man I meet you one time when u played for st. Mary I went to school with joi and she’s my classmate. Just saw your story and I just want to say God is good. I love you brother and keep letting God use you.

Congratulations, god is good. Keep up the good work! !!!