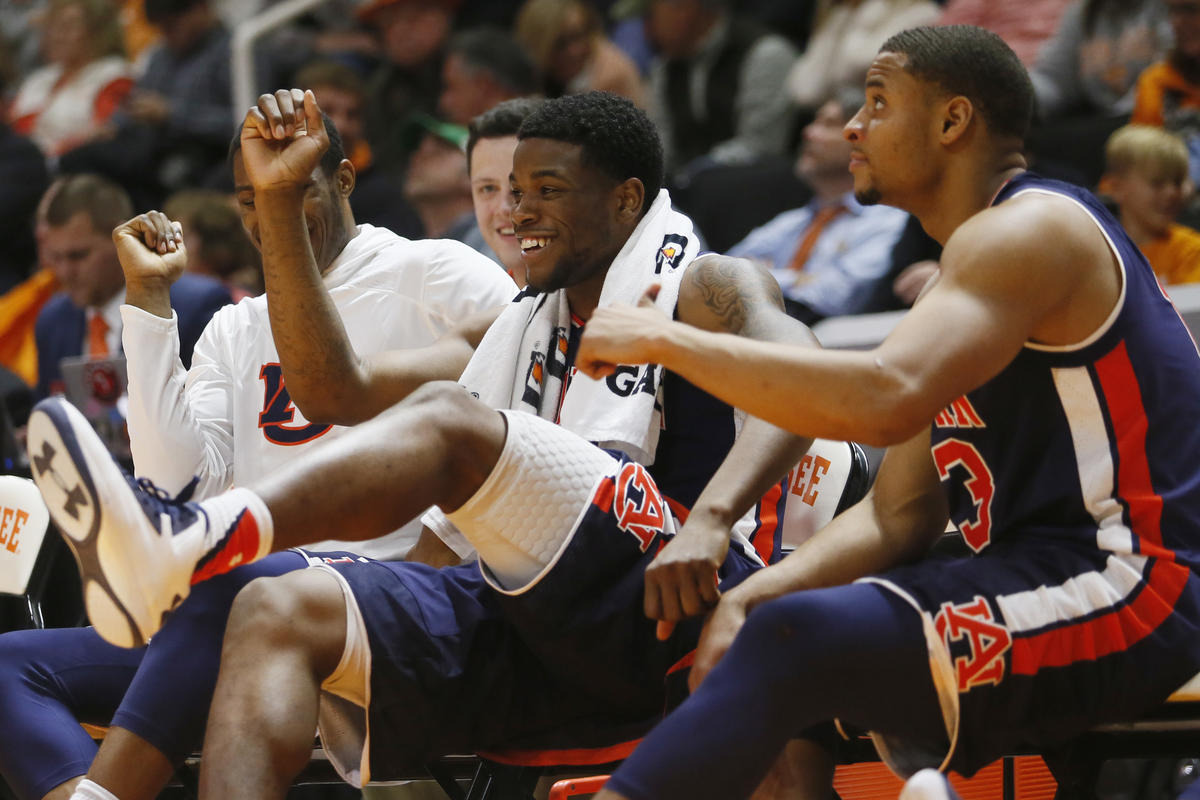 Finally, the Auburn Tigers will now play in NCAA tournament for the first time since 2003. They’re now part of March Madness, a clear sign that the drought is now over and the long wait has come to an end. According to printable 2018 March Madness list, the Tigers are among the 68 teams chosen to make appearance on the field come Sunday evening. Well, this celebration is coming after 5,436 days when they lost their program’s last tournament match against Syracuse to make it in last sixteen on March 28th, 2003.

The Tigers were ranked No.4 at the end of the SEC regular-season in the Midwest Region and they’re expected to meet the 13-seed Charleston in San Diego during their first round fixture on Friday at around 6:27pm, according to TruTV. The winner of this game will play the 5-seed Clemson or the 12-seed New Mexico in the second round.

Everyone at Auburn is excited with the new opportunity including their head coach Bruce Pearl. Their bracket comprises of Kansas, Michigan State and Duke and the Tigers being the 4th seed in this group. This is definitely a good combination group looking at the national programs and profile of each team. To make it to the top of the four seeds will be a tremendous statement.

Auburn was among the top eight SEC teams that made it to the field along with Arkansas, Alabama, Florida, Texas A&M, Missouri, Kentucky and Tennessee. The selection brings to an end the third-longest NCAA tournament drought that featured major conference teams together with TCU (since 1998) and Rutgers (since 1991). Another notable team that made it in this year’s tournament is the Horned Frogs.

Pearl revealed this expectation at the end of their last season’s 18-14 campaign with a devastating loss in first-round of a SEC Tournament against Missouri. Chuck Person was the associate head coach then, and Austin Wiley and Danjel Purifoy were also the top talented returning players. According to Pearl, he felt the team could make it to the NCAA Tournament. This is because he realized that the team will have enough players with experience returning. The team had also made enough run to taste the tournament and they had also fixed many issues that were ailing the team.

Person was later arrested and charged with various counts of federal corruption on September 26th during an FBI’s sweeping investigation affecting college basketball. Another major blow to the team was leaving out Wiley and Purifoy in Nov 2nd due to eligibility concerns and they haven’t appeared in an game since November.

Despite all these shortcomings, Auburns went ahead to record a sterling performance of 25-7 overall and 13-5 in the SEC play. They’re now excited to be apart of NCAA Tournament after trying hard for years in basketball program. It’s an opportunity they’re proud of.

However, the Tigers may not have come to NCAA Tournament as they might have wanted a month ago, when they had a good record of 21 wins out of 23 gamed including 14 straight to finish the non-conference play. So far, they have lost 4 of their 6 games including a devastating loss of 81-63 against their rival Alabama which was their worst defeated in the season. Auburn has also lost its starting center player Anfernee McLemore due to knee injury at the end of the season and that leaves the team with eight scholarship players to rotate.

But, with all these challenges, Auburn has not lost its shine and players believe they’re back to Big Dance. They’re very competitive and they believe its possible to do well despite the recent losses.

What is the Franchise History of the Tampa Bay Buccaneers?

Handy Tips to Give Your Betting Skills a Boost

Jason Smith Becomes Defensive Back, Ready to Serve Wherever