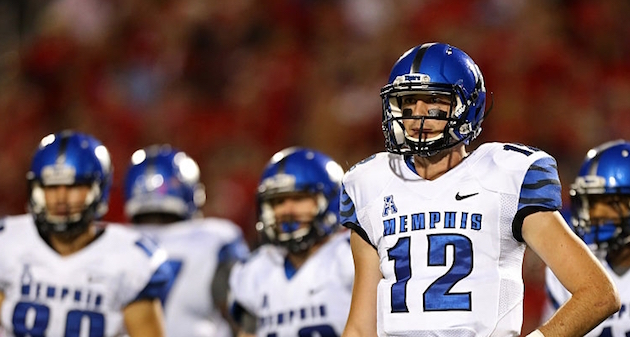 Frank Murtaugh (@FrankMurtaugh) covers University of Memphis football (and basketball) for the Memphis Flyer, where he also writes his “Tiger Blue” blog, which can be found at memphisflyer.com. Frank is also the longtime managing editor of Memphis magazine. I’m sure he’s been walking in Memphis.

1. What is the common Memphis fan’s first thoughts of Auburn football right now?

Memphis fans have a healthy respect for any SEC program. The league is a standard for college football across the country, let alone this region. So the chance for “our” Tigers to face this Tiger team is exciting, regardless of the records posted by either team. A chance for Memphis to close what was once a considerable gap in the perception of prize recruits.

2. What’s the vibe like in Memphis after a fast start then sort of falling off at the end of the season?

Justin Fuente’s departure for Virginia Tech has stolen the vibe, you might say, more so than the three-game losing streak in November. It’s been a remarkable, record-breaking season, though, and no three losses (or even a coach’s departure) will cloud this team’s place in the history books.

3. What’s the confidence level around the program and fanbase on coming to Birmingham and knocking off Auburn?

Back to the view(s) here of SEC programs, no wise Memphis fan would be over-confident with the U of M traveling to the state of Alabama to face one of its two SEC programs. That said, Memphis scores a lot of points. The Auburn defense has been exposed on occasion. Memphis fans feel their team has a reasonable chance of winning. Healthy for any bowl game.

4. Name two Memphis Tigers, besides the obvious, that Auburn fans should being worried about.

With the obvious being QB Paxton Lynch, two other Tigers who could impact the outcome will be kicker Jake Elliott (a second-team All-America and the AAC’s Special Teams Player of the Year) and linebacker Jackson Dillon, a player who can get into the backfield and disrupt Auburn’s passing game. Elliott in particular will be an advantage for Memphis if the score is tight. (The Tigers don’t win the 2014 Miami Beach Bowl without Elliott’s efforts late in the game and in overtime.)

5. Name two Auburn Tigers that have the Memphis coaching staff awake at night.

Hard for me to say, having not been in the film room. The Tigers have struggled against the pass this season (11th in the AAC). So I’d guess the Memphis staff is looking closely at Auburn’s top receiver, Ricardo Louis, and the player tasked with getting him the ball, Jeremy Johnson.

6. What will be the biggest position battle of the day?

I hate to go with special teams here, but I really think the kickers (Elliott and Auburn’s All-SEC Daniel Carlson) could be the swing variables in a close game. But then you have Lynch against the Auburn secondary. If the Memphis quarterback finds gaps in coverage, it won’t be a close game.

8. Who are your two favorite Auburn Tigers of all time and why?

Fun question. Bo Jackson, of course. When he was breaking records, it was almost under-appreciated, as he immediately followed Herschel Walker’s years at Georgia. The years since have shown Walker and Jackson to be the Ruth and Gehrig (in baseball terms) of a college football era that should be cherished. As for my second-favorite Auburn Tiger: Chris Davis. The “Kick Six” is the most remarkable play I’ve ever seen on a college football field. (And I saw Flutie’s Hail Mary, the Cal kickoff return, etc.)

9. What’s your prediction/analysis for the game?

I see Paxton Lynch going out a winner. He’s surely bound for the 2016 NFL draft. So he knows this is it, one last memory stamp for his college career. He’s thrown 406 passes this season with only three interceptions. If Memphis doesn’t give Auburn extra possessions (turnovers), I see the AAC Tigers earning their 10th win of the season.

10. Where will Auburn and Memphis start off next season (rankings, hype, etc.)?

I don’t see either cracking the preseason Top 25. Memphis will be replacing the greatest quarterback in program history and taking orders from a rookie head coach. Coming off a 6- or 7-win season, Auburn will be staring up at Alabama, Ole Miss, and LSU (at least). Impossibly tough division in the toughest league on the planet. But here’s the catch: The Birmingham Bowl will be a contributing factor to the buzz entering the 2016 season. Should be a fun game.