Auburn began shipping 2015 season football tickets last week, so they’ve been showing up in mailboxes all over the country over the last few days. Each of the tickets feature one of Auburn’s traditions or landmarks, with the Alabama ticket reminding of us that guy that liked to go crazy.

Running in the background of each ticket is a shiny helmet stripe, much like those that have been added to the actual helmets this season. It’s tough to tell from the picture, but each ticket also as a vertical “WAR EAGLE” imprinted its full length. 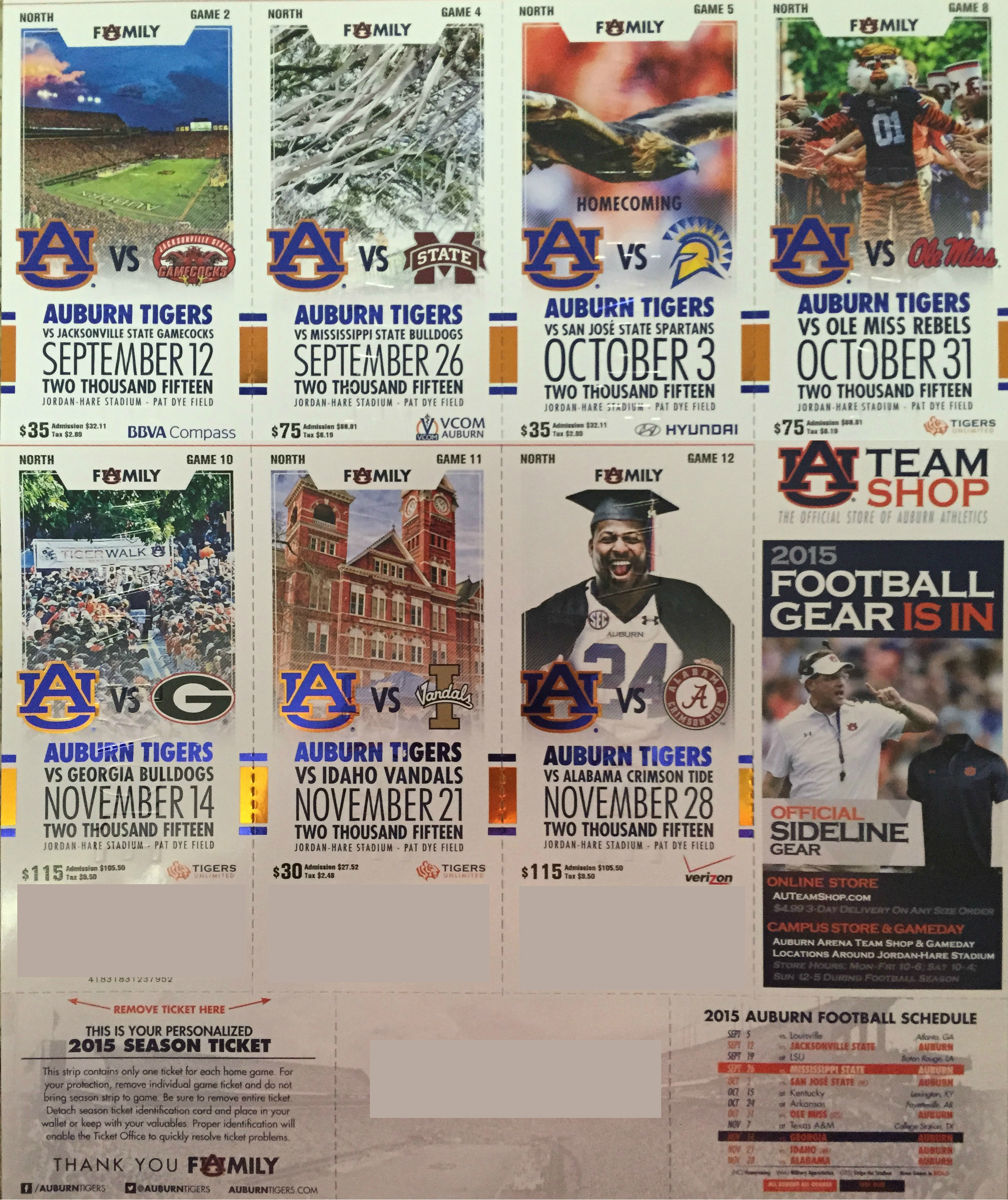 So yeah, I got invited to the ESPYs…