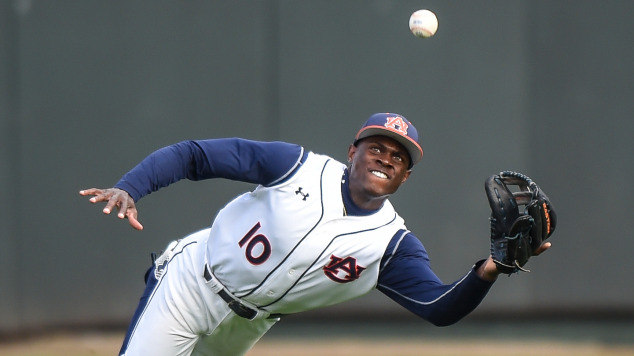 Due to the snow in Oklahoma, the baseball Cowboys of Oklahoma State found themselves in Auburn this past weekend, as did Jacksonville State, who was scheduled to play Auburn, and as did Western Illinois, who had planned on playing the Pokes in Stillwater.

Since all four teams were on the Plains at once, the coaches decided to swap things up on Saturday. That meant for the 2nd time in one week, Auburn hosted a ranked opponent. This time, though, the ranking was higher than the last (#27 Georgia Tech). Depending on what poll you’re looking at, Oklahoma State is ranked #7, #10, #16, and #19. But for totally understandable purposes, they are ranked #7. And Auburn beat them. Pretty handily actually. With 17 hits. Omaha?

Are you a Dirty Tiger? Well not like that…